Why Safety Warnings Aren’t for You.


Scenario 1: You are invited to have dinner on a restaurant patio by a boardwalk with your non-parent friends. You bring your three week old infant with you. The restaurant is crowded, and there are people passing with their dogs and bicycles. You take the only table available. You order your food, but when it arrives, scalding hot, you can’t hold your baby safely while eating so you place her in her car seat. And when you put the car seat on the ground, your infant gets an unwelcome lick by an overzealous doberman who is passing by. What do you do? Leave your baby at the mercy of crowds and dogs? Put her up on the table, despite the car seat’s warning labels? Ask for the bill and eat your food in your car, thus putting yet another wedge between you and your child-free friends?

Scenario 2:  Your 10 month twins are in their high chairs. They just finished their lunch and are happily licking the mashed peas off their fingers. Suddenly, you are stricken with diarrhea! You know you will not have time to unbuckle two children and carry them to the bathroom in time.  Do you unbuckle them anyway and risk soiling yourself? Or do you run to the bathroom and leave your children unattended in their high chairs even though the sticker on the chair warns you not to?

Scenario 3: Your two-and-a-half year old is having a play date with a three year old while you chat with the other child’s mom. Your child says, “Look Mommy! I made you this!” and brings you a piece of paper on which she drew a heart with a smiley face in it. While you are proud her ability you are also aware that the package of markers is labeled Age 3+.  Do you take the markers away? Tell her she needs to sit at the table with you so you can make sure she doesn’t inhale the caps?  Or do you try to foster your child’s development by offering only phrases of encouragement and trust?

There are no obvious answers. Some parents will eat in their cars, soil themselves, and take away everything smaller than a toaster before they put their children at risk.  Other people will put their car seats on the table, use the bathroom alone, and keep their children occupied with small toys if it means they can make it through the day and keep their sanity intact.

“But there are warnings on things for a reason!” that first parent might say. “It says right on the package, ‘DO NOT place on elevated surface, DO NOT leave children unattended. Not for children under three!’ And any parent who ignores those warnings is negligent!”

It’s easy to judge people who cheat a little when it comes to safety.  It’s especially easy when you are not a parent yourself, or not a single parent, or if you only have one child or if you have any kind of life or scenario that is different from someone else’s.  But in reality, it is almost impossible to follow every safety warning all the time.   Young children everywhere are climbing jungle gyms for school-aged kids, wearing clothes with strings and buttons, and batting balloons around at parties.

Picture a company that produces a baby chair and ships one million units. Of the one million families who purchase one, there will be a certain percentage of people who won’t follow the warnings. If only 0.1 percent of people are in this category, that means there are a thousand parents using the product haphazardly. And if even one out of those thousand children gets seriously injured or dies, the company is liable, unless they provided a warning. And that is what the warnings are for– protecting the company from bad press and litigation.

But you, as a parent, are not assessing the risk of a million people. You have only your own child or children to worry about, and you are the only person who can assess the risks and dangers of each particular situation.

The difficulty with risk assessment is that in general, people are generally not as good at it as they think. There are over a hundred means of self-delusion which can cloud your common sense (see this great blog for more on fallacies and self-delusion.) Rationality and critical awareness are something that takes practice, and if you are not confident in your ability to assess risk, you may be better off following manuals and warning stickers. 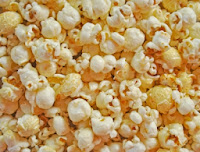 But for those who want to make their own decisions, we can do so by first being educated about each type of risk. Things that go into your child’s body are especially susceptible to misconceptions: risky foods, medicines, vaccines– these are good things to read up on before administering to or denying your child.  For example, parents say things like, “I read that popcorn is a choking hazard, but I still give it to my child. I just remove the unpopped kernels.”  While on the surface this may sound like common sense, a bit of research will reveal that it is not the unpopped kernels that pose a risk, but the very light and insoluble husks that can be easily inhaled. Because you can’t easily remove the husks or regulate how your child eats while breathing, popcorn remains a risk that is out of a parent’s control. Education in this circumstance is important.

Other circumstances require only common sense, and a little critical thinking. There’s a conundrum I find myself in often, and I’ll share it here for your judging pleasure: I leave my child in the car when I return the shopping car to the corral. I use do it on overcast days or I use the double key method, and I’m not ashamed to say so. Here is why: My child is a loose cannon. She can’t be trusted to remain in my arms and not wiggle free, or to walk beside me without running into traffic. Of course she needs to learn this and yes, I am teaching her. But in the process of learning something, children do make mistakes, and it only takes one mistake for my child to get run over by a car.  Given past events and my knowledge of my own child, I can estimate that the risk of my child getting hit by a car is “medium to high risk.” Staying in the car has its risks, too, of course. I could get hit by a car myself and become incapacitated, and then my car could run out of gas and the sun could come out and she could eventually succumb to heat exhaustion. Is that possible? Sure. But it’s what I consider to be a low risk because it relies on several improbable factors. What else could happen? Well one thing that IS highly probable is that a stranger could see my child in the car and assume I’m being a negligent parent. And isn’t that really what parents are afraid of?

In this example one risk of ignoring labels was surpassed by a greater danger. But sometimes the greater danger is not as obvious. There are many articles circulating that suggest risk-averse parenting can slowly stunt a child’s development. One of the things we now know about early childhood development is that the first five years are critical in forming the brain. If children are not permitted to take supervised risks when they are ready and interested, they may have difficulty gaining a skill later on, or they may develop a “learned helplessness” in which they are unwilling to try new things. If you follow strict “warning label” policies with children, you may miss a window of opportunity. Your three year old may be able to learn to use scissors, and your two year old may be able to write the alphabet if trusted with a pencil. I’m not talking about pushing your child to succeed at an early age. I’m talking about helping your child follow a natural developmental pattern based on their interests and abilities, and those developments may not coincide with the age limits on packages.

So what’s my point? I am just another parent saying “It can’t happen to me?”  I don't believe I'm that naive. Anything can  happen to anyone. Dangers are always possible, but I think a person can be forgiven if they have done some critical thinking and found the dangers to be preferable to a larger or more probable danger.

Am I going to get comments from horrified parents saying that it only takes one accident so why risk it? Probably. Go ahead, if it makes you feel good. People love to raise the alarm when it comes to other people’s parenting choices. It makes them feel more secure in their own ability to keep their children safe. But this is just another method of self delusion.  Is your child buckled in his Bumbo actually any safer after you order that other mother to buckle her kid's Bumbo? No. But it sure makes you feel like protective parent, doesn’t it?  Labels are useful for alerting us to possible dangers, but their unfortunate side effect is that they entice us to toward judgment. A mother playing with Polly Pocket with a toddler is going to face more criticism than if she were just sitting outside playing with rocks the same size. Luckily nature doesn't come with a sticker, so for now, we can all enjoy it without fear of rebuke.

So let’s do this: know that labels and manuals serve the purpose of the companies that produce them. But when it comes down grey areas in which parents can sometimes get a little lax on the rules, show some grace instead of judgment. Instead of pulling someone's kid off a jungle gym you think is too big for him, have a little faith that the other parents know their own child’s limitations.  And if you are genuinely concerned that perhaps the other parent doesn’t have all the information to assess a risk, go ahead and tell them. But there's an art to admonition. Do it gently. Blame an outward source. I like to say “Can you believe that article in the news about that?”  Or even better, “I did that same thing that you’re doing, but someone judged me because they heard it’s dangerous.”

And if you’re the one being scorned, remember that other parents are in the same situation as the manufacturers who make warning labels. They can’t control the safety of all the millions of children in the world, but they feel like they should try in case something bad happens. They are motivated by potential guilt just as corporations are motivated by potential litigation.

And oh, what a guilty and litigious nation we live in these days.

Am I the only one who longs for the days when you could park your sleeping baby outside the grocery store and feel confident that the world was on your side?