I’m Not Doing Elf on the Shelf 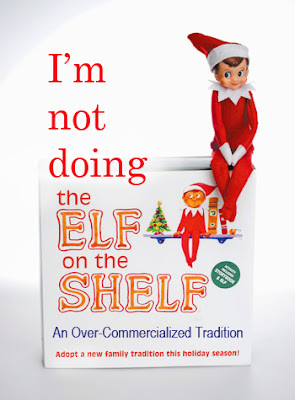 I’m not doing Elf on the Shelf

I’ve got nothing against people who do it. I’m not one of those people who harbours misdirected jealously toward moms who remember to move that Elf every night. I don’t believe Elf on the Shelf is necessarily a direct reflection of good parenting. I don’t even think anyone is lording it over those with less ambitious traditions. I don’t really care what you do with your Elf. 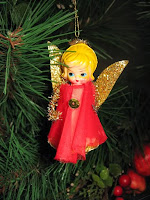 I’m a hipster. I liked the Elf before it was cool.  Actually, I liked the Elf before there was an Elf. When I was a kid I had an equally creepy plastic faced angel with pipe cleaner arms that I would position somewhere every year for my parents to find. Traditionally she would stage a coup d’état against the blinking star at the top of the Christmas tree, even though she was non-electric and only two inches high.

So when I first saw the Elf I thought it was a fabulous idea. We were meant for each other. But the timing wasn’t right. The Elf was single, but so was I.  Single people have no use for an Elf on the Shelf unless they suffer from short term memory loss, in which case, everything on their shelf is a source of wonder and amusement. 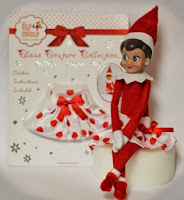 Since that time I have had my own child, and she is now old enough to participate in Christmas traditions. But the Elf is no longer single. There’s now a girl Elf. And she’s high maintenance, evidently, because she requires several expensive outfits. And it doesn’t end there. There’s a baby Elf (Who’s the mother? Not that rake thin androgynous pre-pubescent Elfette?) There are two versions of plush Elves, Elf board game, Hide and Seek Game, Elf book and video, Elf nightlight, Elf lunchbox, Elf iphone case, and so on. And if you want proof that it’s all marketing hype, check out the Elf “3D” bookmark!  Is it a hologram? No, Sir. You’re paying seven dollars for something a free square of toilet paper could do because it has the rare feature of width, length and depth!

I see how it is, Elf. You’re too cool for me now. You don’t need me to dish out eighty bucks for you and your new family, because you’re getting plenty of attention already. You are doing just fine.

But I don’t want to be a scrooge of a parent. I have to do something. Maybe I can capture whatever it is that is appealing about Elf on the Shelf without having to spend that much money.  What’s so endearing about Elf anyway? Is it because he’s always in a different place and you never know for sure if he moved on his own volition? Because if that’s the case, my car keys are Elf, too.  So is my mobile phone. So is everything I own, with the exception of my kitchen sink, my non-wireless mouse, and the pen chained to the desk.

And since the apple doesn’t fall far from the tree, all of my daughter’s toys are Elf, too. I always think I know where her bunny is but then find him in the car or the turkey roaster or the bottom of a ten pound bag of potatoes. I’m not even exaggerating. If I add an Elf to our roster of creepy sentient toys, I doubt she would even notice.

So if coming to life can’t be the thing that makes Elf-on-the-Shelf magic, maybe I’m looking too deeply into this. Maybe people just spend all that money because it rhymes. Would people buy soap-on-a-rope or squeeze cheese if they didn’t rhyme?  Can I save myself a few bucks if I just pair another Christmas thing with a rhyming household fixture?

Why not? I just have to decide which is more magical, my nativity sheep on the laundry heap or my stocking on the bathtub caulking.

Email ThisBlogThis!Share to TwitterShare to FacebookShare to Pinterest
Labels: commercialism, creepy toys, Elf on the shelf, not doing, opting out, ponies eating cheese