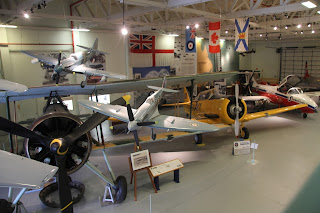 
The main difference between this museum and the Atlantic Canada Aviation Museum is that this one features aircraft and aircraft carriers from the armed forces, as opposed to commercial and recreational aircraft. Most young children won't know the difference, but if you have a little person who is really into "army guys," this one might be of special interest for him or her.

Head left down the hall to the big showroom and the first thing your little one will encounter is the "Wall-O-Temptation," that is, a line of huge bells with a warning sign to refrain from ringing them.  But don't panic, they have stuffed them with foam to prevent a sure ding-dong-disaster.  Be assured your child will move on; there are big planes to look at.  At the back, there is even a cockpit you are invited to sit in. Unlike the one at the ACAM, this is not a toy simulated to look like a real cockpit, it's the real deal.  Beware of the gap in the platform- little legs could get caught! If your child is brave enough to be helped into it, this would be a great photo op. You'll wish you brought a little pilot's costume. Blue opted out of this one on account of the height- it's certainly not as friendly as the one at ACAM but some kids would enjoy it I'm sure. 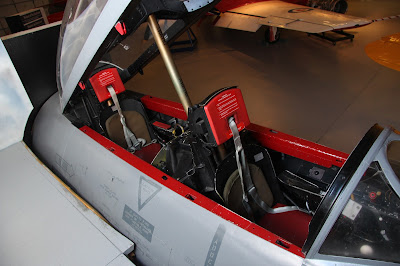 There is a room off to one side with mannequins in air force uniforms, and a fantastic old-timey underwater suit.  Very young children might be frightened by the static models. Or maybe it's just my kid.  They are kind of creepy, so we kept moving.

Now for this museum's crowning glory:  Just on the other side of the mannequin room is a giant concave mirror used to help land planes on an aircraft carrier.  It's like one from a house of mirrors and you can have a lot of fun with it. I'll admit we spent most of our visit admiring our wide faces and long arms.  Awesome. 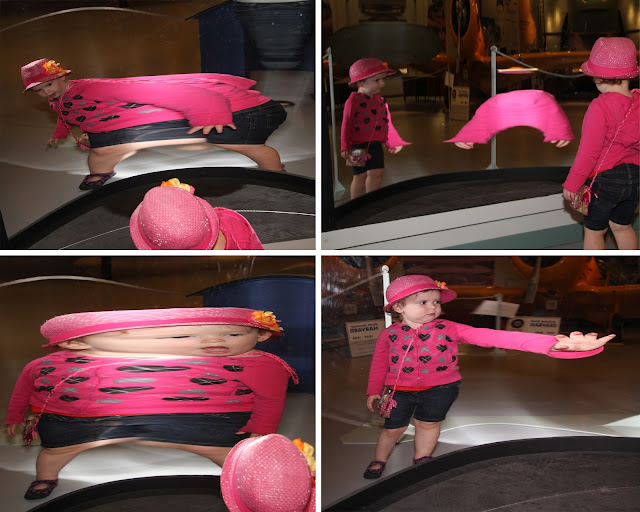 It's also worth noting that this place has a water fountain, which doesn't sound that exciting I'll admit. But when you think about it, they are not very common anymore and sipping from an active stream of water is a simple joy most kids don't get the pleasure of trying until grade school.

There is plenty of aircraft artwork upstairs, most of it painted with breathtaking detail. I found it quite fascinating but I suppose young children would have to have a special passion for airplanes or airplane art for the second floor gallery to hold their attention. There's also a  bit of taxidermy.  But if art and stuffed roadkill don't appeal to you, you could probably skip the upstairs.

There is a second hangar to explore with more helicopters and airplanes.  We moved from one aircraft to another pointing out the letters and numbers painted on them and talking about numerals. Workers had opened up the doors of the showroom to make way for a new Sea King that was arriving, making the active daycare playground behind the museum clearly visible, and suddenly the airplanes lost their prominent spot in within my child's attention span. So we headed out.

The gift shop was sparse but the rubbery-foam toy planes they sold were all we needed.  They were much better quality than the brittle papery ones you usually see. We got a nice yellow one to bring home and spent a good long time zooming it and crashing it. It wasn't as nearly as fragile as I thought it might be, and was well worth the $5 price tag for all the fun we had. 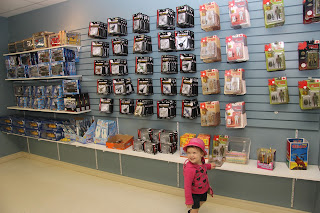 While we were in the area, we drove a bit further down the road and visited Fisherman's Cove, so between the museum and the cove we had a complete tour of air and sea in a half-day excursion.